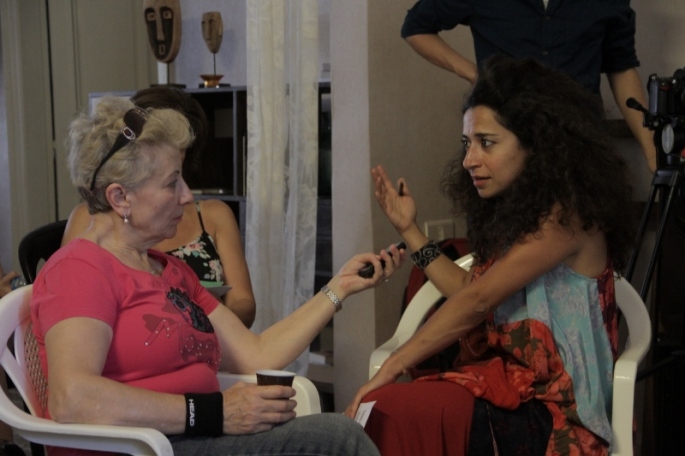 On Tuesday June 14 2016, Beirut DC held a press conference to announce The Caravan project. The conference was attended by many media representatives who received an in depth preview of the project as well as the tour dates for The Caravan street performances. The tour will begin with the First group formed of Syrian refugees from the Bekaa who felt responsible for spreading the word and sharing their stories in yet another and new medium.

For the tours at the coast, we chose a group of professional Syrian actors to perform the street performance.

Check out the schedule below and follow Group 1 and Group 2 around. 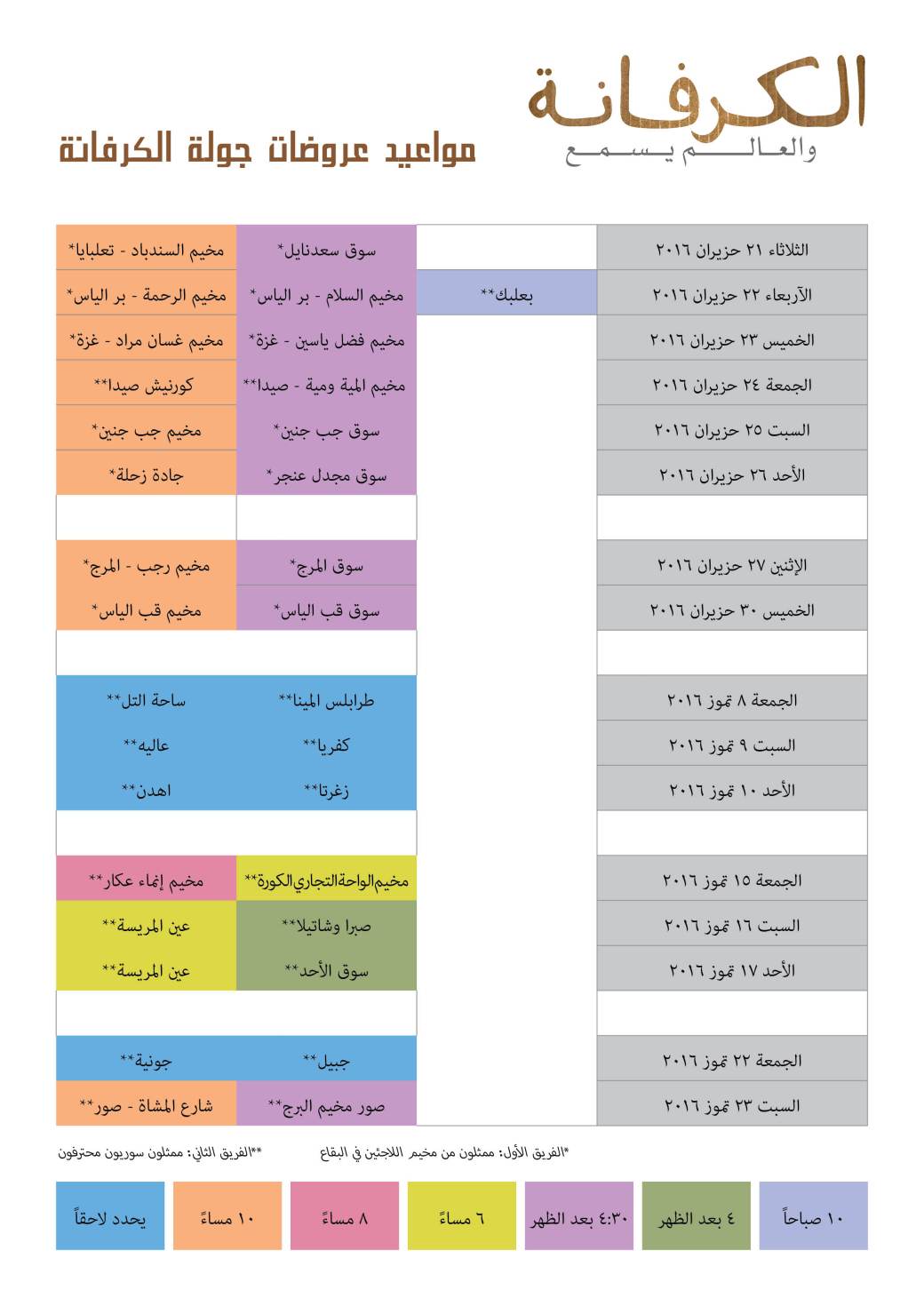 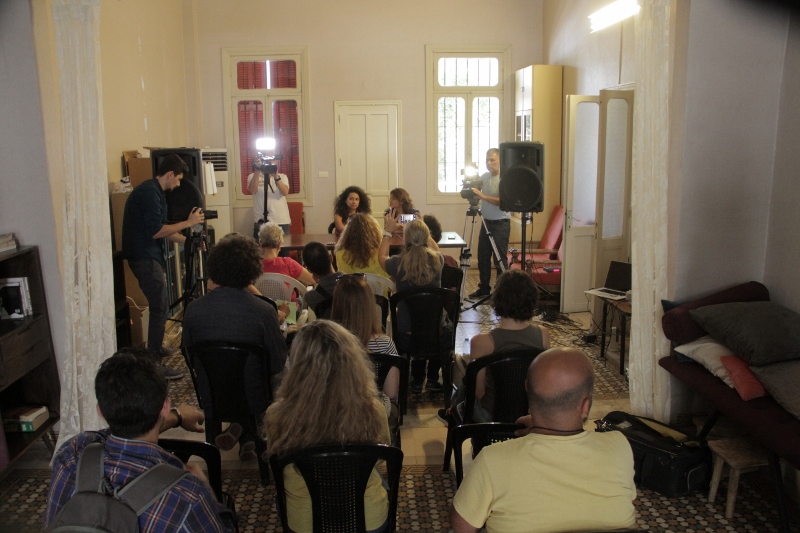 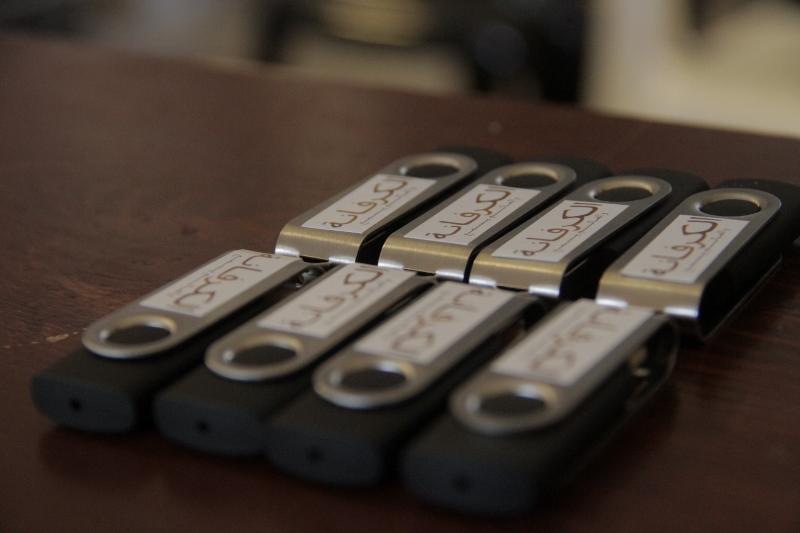 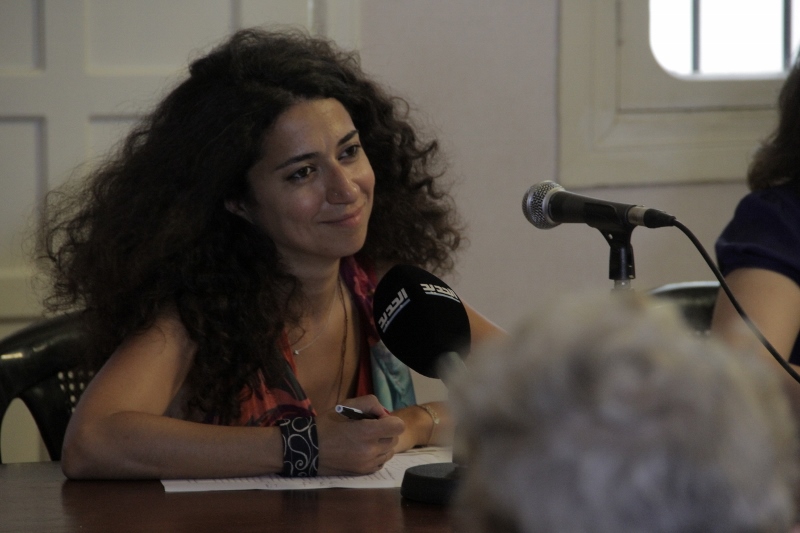 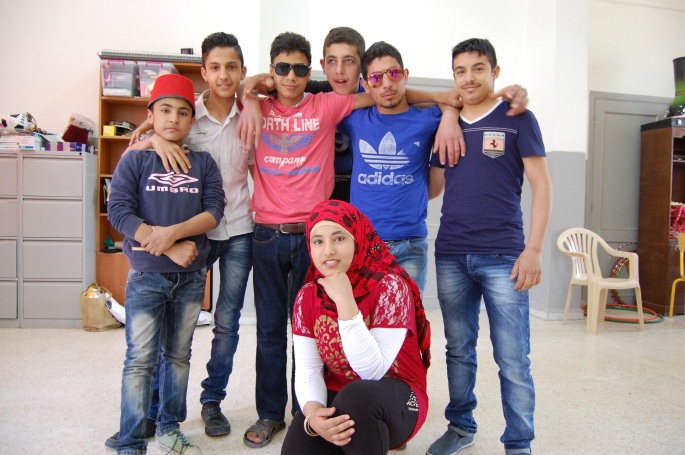 We began phase 3 (rehearsals) with an intensive 2-day workshop audition.
The first day was pretty relentless: 3 hours of physical theatre games and exercises with a group of 30 young men (and one young woman!) in the heat of the Bekaa valley tent.
On day 2 we showed up and our 30 actors had been cut down to 10. The beauty of self-selection!  It wasn’t easy to decide who should stay on. In the end, we chose 6 main cast and 2 alternates, as 2 of our main actors are scheduled to fly to Norway on June 6th (According to some friends and colleagues, this means we will probably lose them on the 6th. According to others, there’s a good chance we’ll have them for the whole tour. We don’t know what to believe so we just set up a plan A, B, C, and D, as we always do). 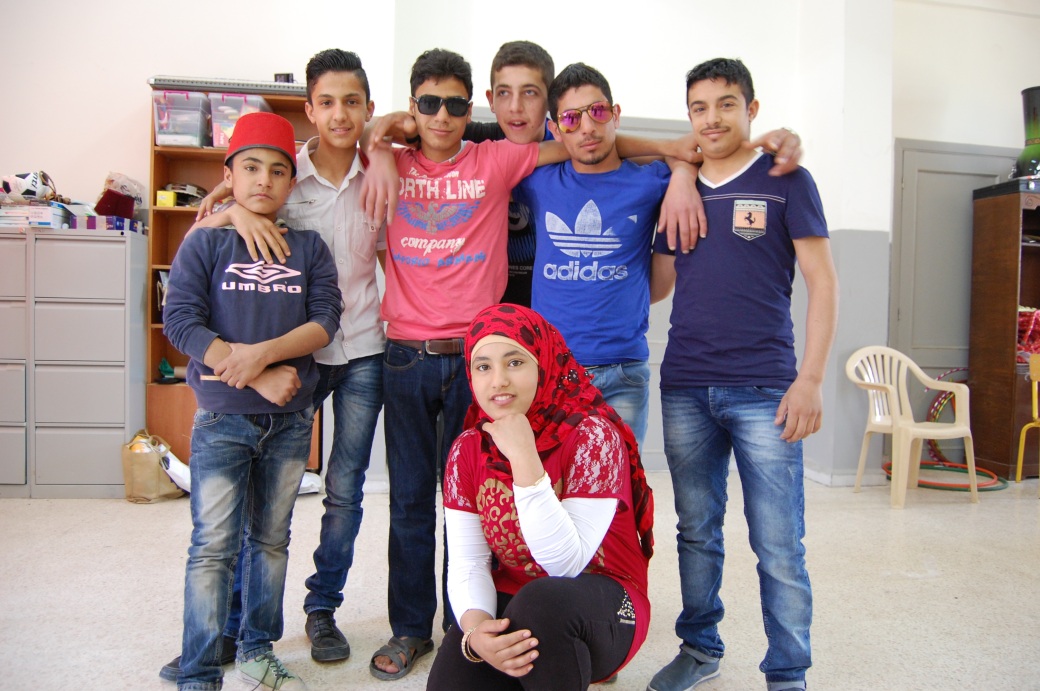 13-year old Dergham is our shining star.  On the first day of auditions we told him to go home because he was too young (the rest of the cast are 16-20).  He dug his heels down and said “no, I really want to perform”. We told him to leave a second time and he still said no.  We figured, if he wants it that bad, let him at least try. And of course he was a total star.

Dergham’s sister Hanan is a force too, hers is a quiet strength. We know that she must be fielding a lot of questions from the other girls in her community (she tells us as much) for being the only girl to perform in a group of teenage guys. She tells us that when she’s hassled she replies, “I have a right to be here too”. When reporters (mostly women) pop in to record videos or take pictures, the boys all blush and giggle. But Hanan sits next to the reporters and asks quietly, confidently, “would you like to interview me?” Of course they would. 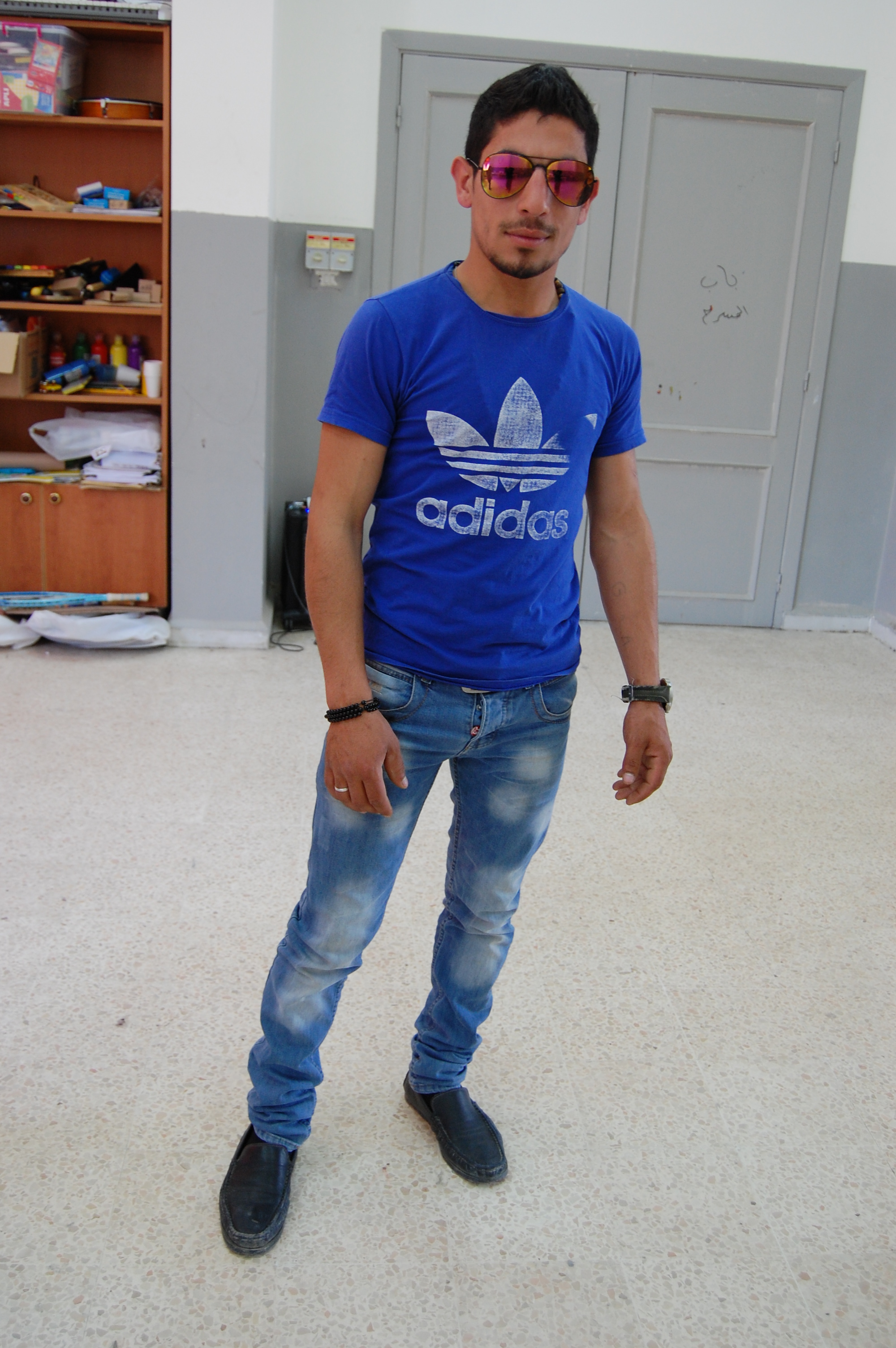 Ahmed is the charismatic leader. Older than the other lads, he has the confidence, charm, and physical presence to hold a room, and—more importantly—wrangle a crowd, a skill we know we’ll be relying on when we step out of the safety of the rehearsal room into the unpredictability of the streets.

Sayyed is another leader, an unexpected one. Small, with boxy glasses and a tufty moustache, he doesn’t look like the kind of guy who would be able to hold a crowd, but wow! Can he! He commits fully to his characters and has a grounded way of communicating that oozes capability. When we ask which of the actors will be able to be “even headed” enough to be the facilitator of a heated debate, all of the cast unanimously nod towards Sayyed.

Ali is the lovable troublemaker. He caught our attention when he swaggered into the first rehearsal and cheekily stole puffs of a cigarette while we pointed him out the door shouting Barra Barra! Once we began scripting and sat down with text a new side emerged, he led the group through writes and rewrites, his way with words is brilliant. 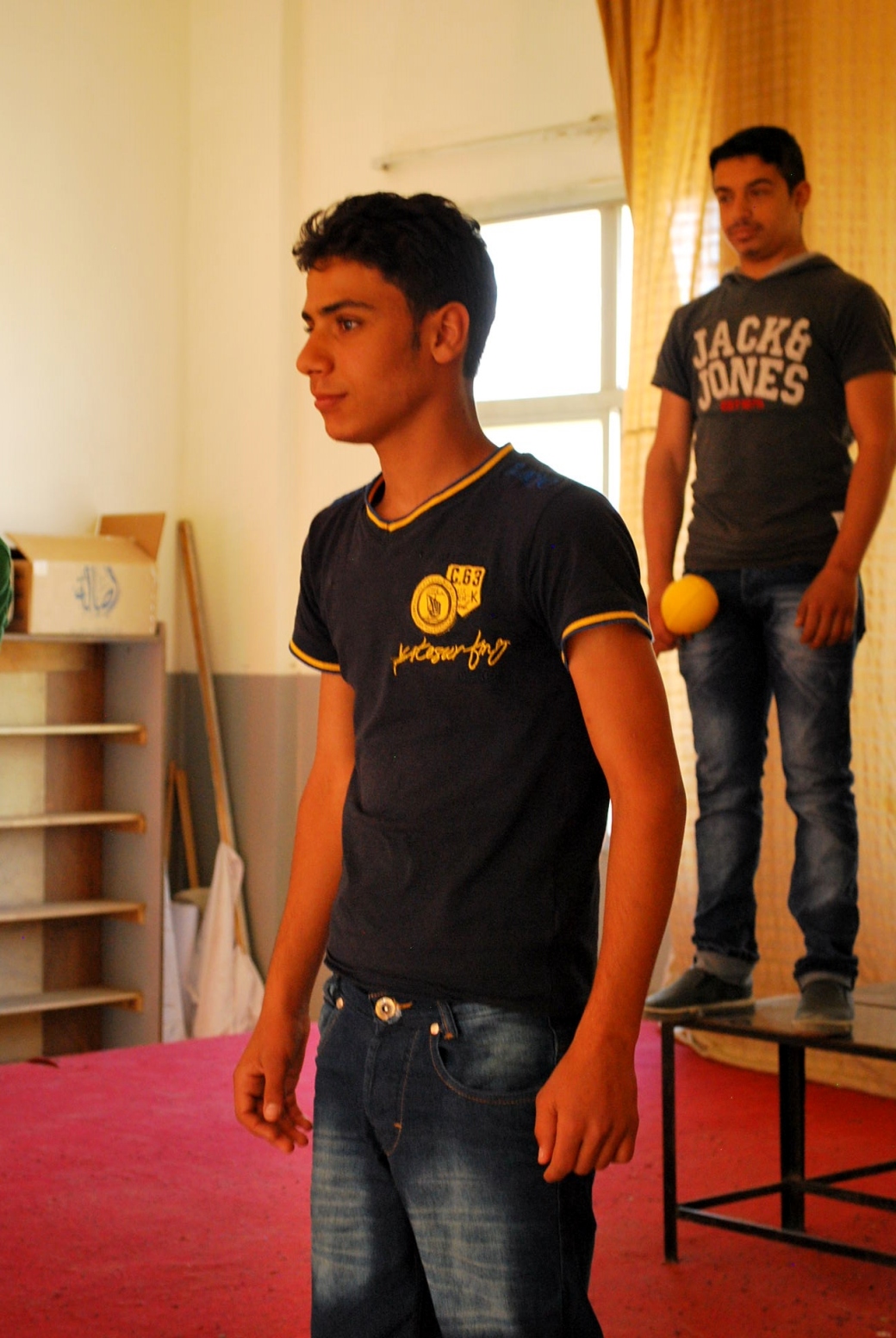 Ali’s brother Aboudi is the cheerful worker, no conflict with anyone or anything. We almost missed him in the audition because he’s like water–no tactics, no tension, no drama. Just good, solid presence. 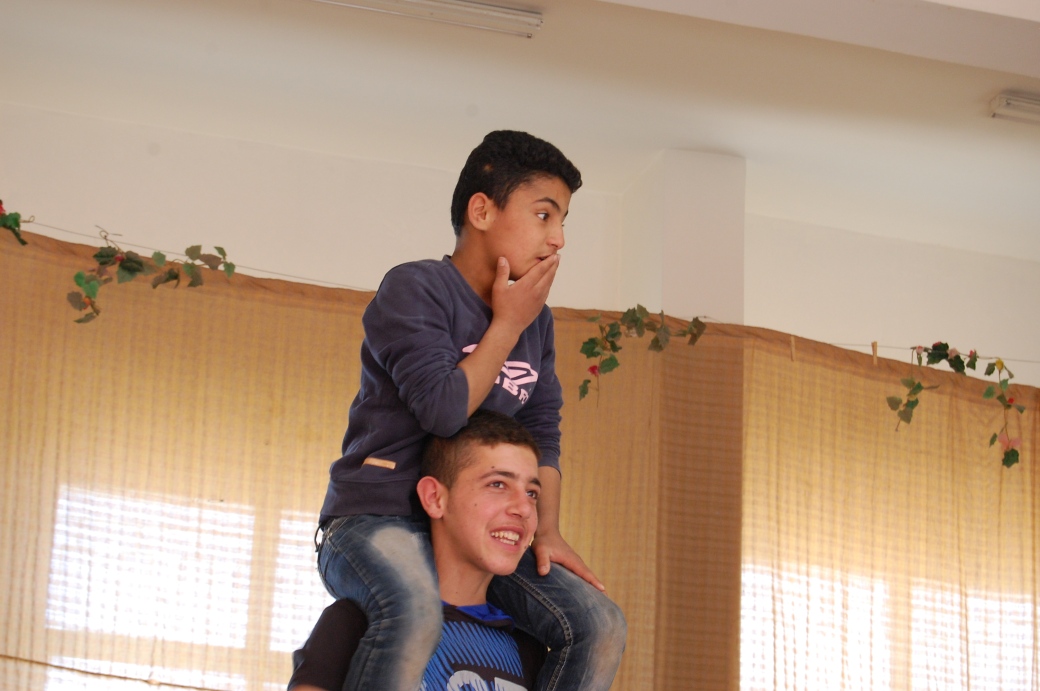 Yousuf is a gentle giant. Constantly smiling, always relaxed, the first to volunteer to play the silly roles the others shy away from. He is also a natural director, moulding and shaping cast members into a tableau of the dragon, making the most coherent points about what is and what isn’t theatrical. He is a great and positive spirit to have in the room. 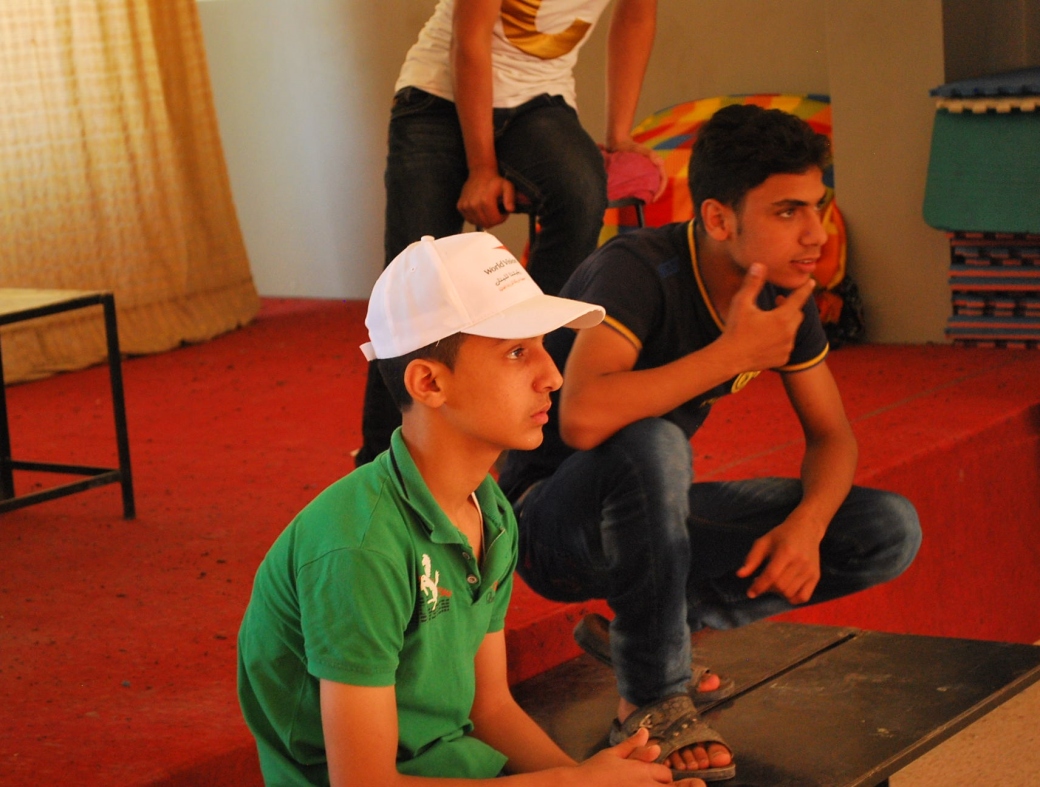 Mohammed is the philosopher. Given a note, he will mull it over for several seconds while the others are springing into action. On the second audition day he impressed us with his gentle, serious tone. He is always helping the other cast members, it is in his nature to be helpful.

Every day we pull up in our little red car to see these 8 already ready and waiting with massive smiles. We were gutted when we realised there was absolutely no way to get around the situation of not being able to tour with them (getting through checkpoints is a problem for most people here), so instead of re-casting we just decided to get a second cast for the Beirut shows. Twice the rehearsals, twice the fun!